The Flatts in Nainital

On the northern end of the Naini lake is a recreational flat level ground referred to as the Flatts. Games like polo, hockey, football, basketball and cricket are played and matches organized on a regular basis by the local clubs and schools. It is also one of the popular hubs among the tourists and locals. 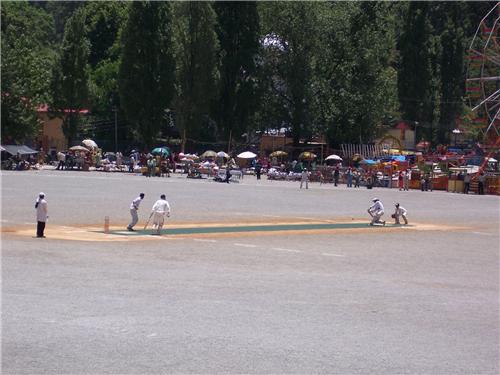 There is a beautiful fountain, a band stand and a grand statue of Pt. G.B. Pant. Besides, there is the Roller Skating rink used for skating by the visitors, Bhutia market, Chat bazaar, Capitol cinema, and recreational centres like the Masonic Hall, Boat House Club, and the New Club. A Gurudwara and a Mosque stand erect in the region.

A part of the Flatts is used for sports and cultural activities especially during festivals while the rest is used for car parking. A Tibettan market is also located close by. Cabs for Nainital excursions can be booked here. This place is a recreational rendezvous for people coming from all walks of life and as such, the evenings are especially crowded. One can enjoy a boat ride in the lake alongside, which in itself, is an exhilarating and invigorating experience.

History of The Flatts Nainital

The origin of the Flatts dates back to 1883. Earlier in 1880, a deadly landslide from Sher ka Danda ridge had left 151 people dead and the Naina Devi Temple, the Bells’ Shop and the Victorian Hotel completely shattered and turned to dust. While the Naina Devi Temple was rebuilt in 1883, the other two were not reconstructed but rather cemented and flattened into a vast flat area widely used for cultural festivals and fairs. This area is what came to be popularly known as the Flatts. Incidentally, Nainital is also very well known for various sports activities and games being played on the Flatts througout the year. It’s the D.S.A. (District Sports Association), which is responsible for all the state and national level games being carried out and played in this region.

Accommodation Near The Flatts in Nainital

Here are few hotels and lodges near The Flatts, Nainital, where you can stay.