One of the important churches in Nainital is St John Wilderness Church Nainital which is situated in a serene and calm place and offers spiritual retreat to those who visit. St John Wilderness Church Nainital is dedicated to John the Baptist. This Anglican church was built in 1852 and is located on the north end of Mallital town which is about half a mile northwest of the Naina Devi temple. It is the one of the finest church and the earliest erected buildings in Nainital. 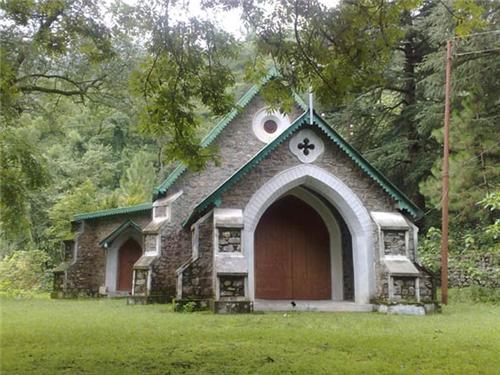 As per the legend, Daniel Wilson, the Bishop of Kolkata visited Nainital in 1844 in order to lay the foundation of this church. During his visit, he fell ill and was forced to stay in an unfinished house which was on the edge of the forest. Hence, the church got the name of St John Wilderness Church Nainital.

St John Wilderness Church is set in the deodar forest and is built in neo-Gothic Architecture (Gothic architecture revival is said to have started in the late 1740s in England and grew rapidly in the early 19th century which is referred to as neo-Gothic). The church is also famous for its Belgian stained-glass windows. These windows were donated by Lady Elgin. 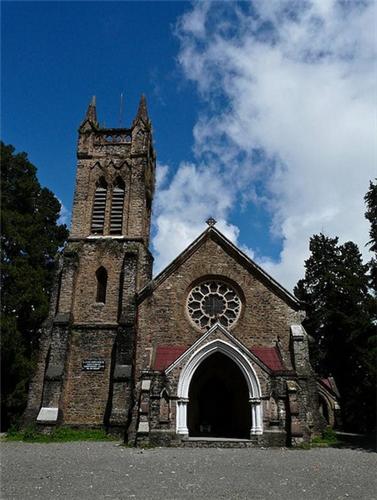 The church survived the 1880 Kangra earthquake though its tower got destroyed. This earthquake is said to have killed about 19,800 people and injured thousands of people and destroyed most of the buildings in Kangra, Dharamshala and McLeodganj. In 1915, a new bell was constructed and brought from England and installed outside in the compound of the church by Mears and Stainbank. This church also has a brass plaque where the victims of the landslide is inscribed and serves in memorial of them. It is also said that the bodies of the few victims of the earthquake is also buried in the graveyard of St John Church in the wilderness.

Lord Elgin who became the Governor - General & Viceroy of India in 1861 during the British Raj died at Dharamshala on 20 November 1863 and thus the church became his final resting place.

This church also stands as an evidence of Nainital’s history and culture, is a popular tourist attraction of this hill station and draws a lot of visitors who are interested in knowing about the era that has ended.

Duration of visit: 30 minutes to 1 hour

Location: Located on the Mallital road which is 2 Kms from Nainital, Uttarakhand. 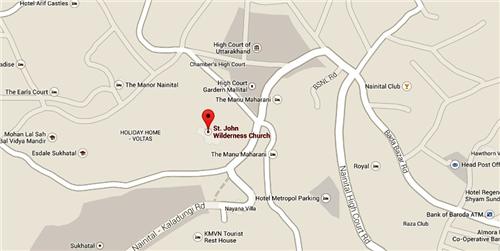 By Road: From Nainital one can reach here easily by foot or rickshaws or cabs.

By Air: The nearest airport being Pant Nagar Airport, Kasauni situated 38 Km from the Church.

Things to Do: Trekking, Boating, Shopping and Ropeway

When you visit St John Wilderness Church Nainital, you will for sure receive the divinity and also enjoy the architectural masterpiece of the colonial era.