Sonanadi Wildlife Sanctuary is located near Corbett Tiger Reserve in Nainital. It is named after the Sonanadi River and covers an area of approx. 300 square km. The sanctuary is known mainly for tigers and Asiatic elephants. It is also a natural habitat for other mammals and reptiles like bear, python, king cobra, leopard otter, monitor lizard and various turtles species. Besides, the sanctuary houses about 600 odd avian species like fishing eagle, hawk eagle, pied hornbill and pheasant, which approximately forms 5% of the total world bird species. However, the migratory mammal species of the Asiatic elephant is the major highlight and in dweller of this wildlife haven. 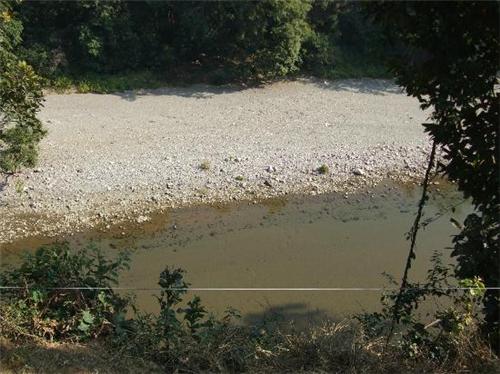 Sonanadi Wildlife Sanctuary is an undisturbed and unpolluted wildlife paradise. Founded in 1987, the Sanctuary aims to conserve and protect the rich biodiversity between these two significant wildlife conservation centres.

Sonanadi Wildlife Sanctuary, although it began much later in 1987, is associated with the save “Project Tiger” (which dates back to 1973) with its neighboring Jim Corbett National Park taking the lead in the project. The Sanctuary’s impressive tiger populace was one of the major reasons for its being made a part and parcel of the Corbett Tiger Reserve under this nationwide project – “Project Tiger”.

In Sonanadi Jungle Safari, the tourists can opt for a Jeep Safari (for which a prior booking is necessary) or an Elephant Safari. With splendid wildlife and breathtaking landscapes, the Sanctuary forms a perfect foil for wildlife and nature. With its impressive fauna and flora, it offers a wonderful opportunity for the kids to get to know the natural resources and treasures of the Himalayas.

Forest Rest Houses at Halduparao are located between the rivers Sonanadi and Palain. Their services can be availed of by those seeking accommodation at Sonanadi Wildlife Sanctuary.

Other places of interest at Sonanadi Wildlife Sanctuary are:

How to Reach Sonanadi Wildlife Sanctuary

Sonanadi Wildlife Sanctuary is located close to Corbett National Park, therefore, one can take local transport such as buses, cabs and taxies to reach the Sanctuary. Corbett National park is 128 km away (roughly two and a half hours drive) from Nainital.

The Sanctuary is about 300 km from Delhi and 51 km from Ramnagar. The nearest airport is the Pant Nagar Airport (50 km away) and the nearest railhead is Ramnagar Railway Station (51 km away).

The period from November to April is the best to visit Sonanadi Wildlife Sanctuary. You must also take care of the fact that pets are not allowed inside the Sanctuary and that entry into the Sanctuary is not free but paid.