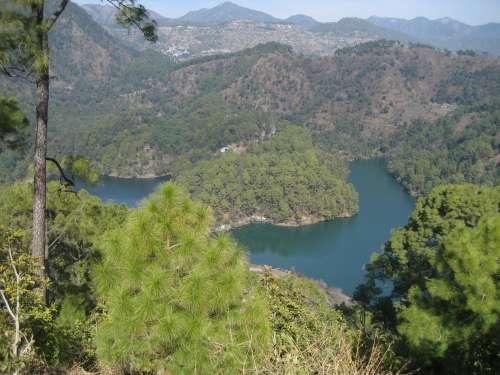 
To the west of Sattal there is the Subhash Dhara, a natural freshwater spring coming out of the dense oak forests.

During the British rule, Sattal had one of the four tea plantations in Kumaon region. Sattal has a rich flora and fauna including various diverse species of plants and birds; orchids, Himalayan griffon, woodpeckers, kingfishers, magpies, medicinal herbs, ferns, and rare climbing plants to name just a few. It is known to have more than eleven thousand species of bugs, beetles, moths and other insects, 525 species of butterflies including Indian fritillary, tawny Rajah, large silverstripe, Helen, peacock, and yellow pansy amongst others, 20 species of mammals and over 500 species of migratory and resident. Several varieties of fish are found in the region as well. 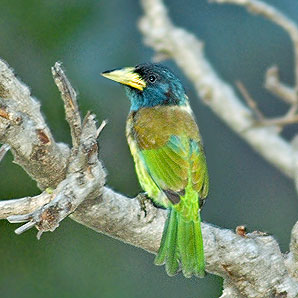 Sattal is currently suffering from the harmful effects of severe environmental degradation. Factors like uncontrolled deforestation, extensive urbanization, and dumping of non-biodegradable wastes are playing their parts to this effect. Due to all this, rainfall is also very scanty leading to fast drying up of perennial springs and a fall in the number of animal and plant species. Day by day, the oxygen content in the Sattal lakes' water is getting lesser and lesser while the phosphorous and nitrogen content is getting more and more. The highly demeaning and illegal practice of poaching has led to the elimination of many a wild animal. Due to the heavy leakage of water from its western extremity, the “Khudariya Tal” has become ‘Dry Lake’ or “Sukha Tal”. Besides, the ecological survival of the lakes is at stake due to extensive and widespread growth of invasive plants such as Eichhornia and several others.

The seven lakes at Sattal are:

You will enjoy your stay in ‘The Sattal Country Inn Resort’ very much, situated as it is very conveniently on the lakes of Sattal. It is indeed a very invigorating, exhilarating and exciting fare.

The ‘Royal Court, Sattal Rd., Sattat’, would be the ideal place to ravish your food in. Just as the name suggests, it offers its guests a royal treatment with mouth-watering delicious cuisine.

How to Reach Sattal

Sattal is very close to Nainital, about an hour’s drive on way to Bhimtal. The nearest airport is the Pantnagar airport about 35 km away from the city center. The nearby railway stations are Kathgodam Junction (8.3 km), Haldwani Railway Station (14.3 km) and Pantnagar Railway Station (36.3 km).

The lake is good for Experience Seekers, Photograph Fanatics and Nature Lovers etc.
Entry Fee - No
Timings: All days of the week; 9:00 am - 6:00 pm
Visit Duration: 1 to 2 hours

Other Attractions in Sattal

One of the first other attractions is a beautiful Butterfly Museum with over 1,100 species of insects and 2,500 butterfly and moth specimens found in the region the foundations of which were laid at Jones Estate by Frederic Smetacek. Sattal Mission Estate and Methodist Ashram established by E. Stanley Jones, the Christian evangelist and missionary and a friend of Mahatma Gandhi & Martin Luther King is one other major attraction for the visitors. The Christian Ashram located on the shores the lakes of Sattal was founded in 1930 on what was formerly a Kumaon tea estate to popularize as well as bring Christianity in the hilly region of Kumaon in the state of Uttarakhand in a big way. The Church of St. John’s which has the ambience of a mixed colonial art and architecture forms a part of the ashram. Just close by, is located a Sattal Christian chapel and Ashram.