Far away from the busy never sleeping metros of India, Nainital gives you the much needed break you have always wanted. Said to be the most shining diamond in the Himalayan jewel, at a height of 1938 m above sea level, Nainital is surrounded with splendid lakes and scenic natural beauty in every direction. It is a part of the outer Himalayan range and is at a distance of 310 km from Delhi and 408 kms from Agra. The town has been divided into two parts on the north is Mallital lies to the north of the Naini Lake and to the south of the lake is Tallital. 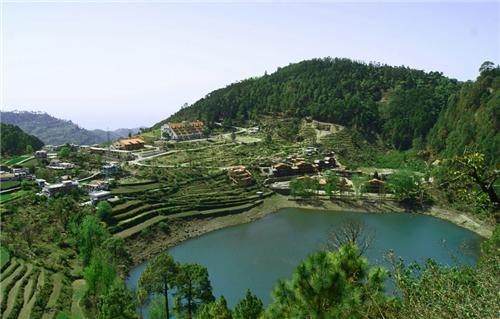 Lying in the Kumaun Range, Nainital is surrounded by the Almora district on the north and the Udham Singh Nagar district on the south. Pauri Gahwal and Champawat district cover it on the western and eastern side respectively. The highest peak is Baudhansthali at 2623 mts in the hilly region, also known as Krol by geologist. The lower area is named Bhabhar, derived from the tall grasses of the region.

The literacy rate of Nainital is very high for any Indian city at 91% and the male literacy stood at 98% and that of female at 86%. More than 4000 of the total population are under 6 years of age. 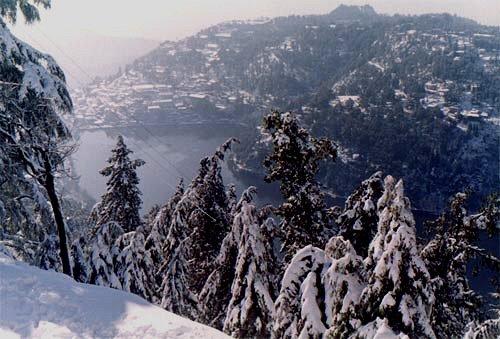 According to the Koppen-geiger system, the climate of Nainital is of a subtropical highland. The temperature in summer goes only as high as 27 deg Celsius and stays above 7 deg Celsius. This makes the population increase five-fold during the summers, which comprises of both Indian and international tourists. The winter which stays for 3 months from early December to late February has very low temperatures. It can dip to as low as -3 deg Celsius but is always less than 15 deg Celsius. Heavy snowfalls are a common occurring in winters making it an ideal destination for honeymoon.

Rivers and Water Bodies in Nainital

There are many big and small lakes in the hills of Nainital. Some of the bigger lakes are in Bhimtal, Naukuchia Tal, Sattal, Khurpa Tal, Malwatal, Harishtal and Lokhamtal.

The main river flowing through the district is River Kosi. Starting from Koshimool near Kausani, the river flows into the western half of the district. Gaula, Dabka, Baur and Bhakra are some of the smaller rivers. Many dams have been constructed around most of them for generation of power and irrigation use.

The soil varies from highly sandy, with 70 to 80 percent of sand to clay soils where the clay composition is up to 20 percent. One also finds sandy loamy soils.

Facts and Figures about Nainital