Nainital often called India’s answer to Switzerland. Lying in the outer ranges of the Himalaya, a visit to this chilly city demands a visit to many of its lip-smacking eateries. Nainital is famous for its traditional, culture and superstition as well. Thanks to the great bond they share with the ancestors, the people of the Lake district still prepare the same food which still tastes the same, heavenly!

Rice is the most staple diet and it is accompanied with roti, like many other cities. However, they have different varieties of daal such as urad daal, gahat, bhatt, and masoor daal which are also a part of their daily diet. They are also regular meat consumer as it helps them keep their blood warm in the cold. 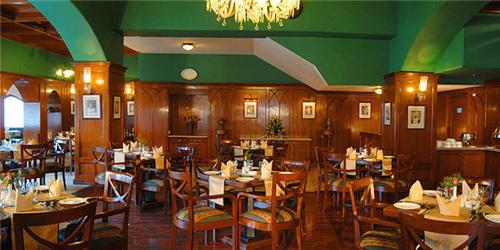 A small walk along The Mall and one will be surrounded by the aroma of Nainital finest food. It has big restaurants as well as small, depending on your budget you may choose one. Due to the place being a tourism den most of the tourist spots such as Tiffin’s Top, Naini Lake, Snow View Point are all bombarded with many restaurant chains but make sure you chose the local delicacies as it is not something you should miss.

Raas: It is a curry served with steaming rice and consumed in the winter season. It is a mixture of various daals and accompanied with bhang ki chutney. A huge iron pan is used to prepare it as many people believe it will add some national value to the dish. The best thing about Raas being that it can be prepared depending on your taste, whether you like spicy or sweet, all can be done.

Bhatt ki Churkani: During the many fairs and festivals, Bhatt ki Churkani is a common food in Nainital. It is made of plain flour and paste of rice. This is accompanied with curry such as Raas itself.

Baadi: A mixture of moong, chana and arhar, it is the most loved food for the locals and has become for many who have tasted it. Also, it gives you a good feeling when Bhaang is added to it and sometimes even Sesame leaves. 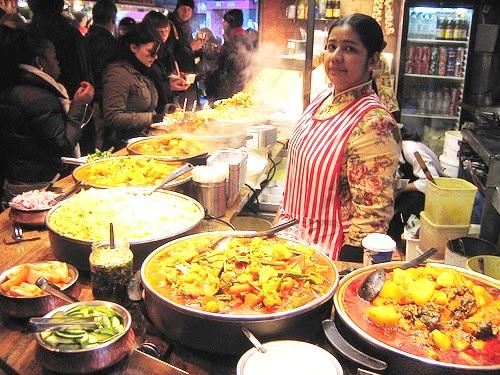 Baal Mithai: It is the local dessert of Nainital. It is their version of chocolate fudge and is prepared by roasting khoya. It is brown in colour and is then garnished with sugar all over it, making it all the more desirable. One can visit Band Bazaar to get the best taste of Baal Mithai.

Arsa: It is a dessert prepared in large quantities and thus suitable for large occasions such as weddings and festivals. Mustard oil, rice and jaggery are used to prepare it and no sugar is added. It is also very healthy.

Gulgula: Another sweet dish from the land of Nainital. It is prepared from jaggery and wheat flour.

Black and White Roti: Prepared with madua and wheat flour. It is a stuffed roti and a lot of butter is applied over it.

Other food includes aloo ke gutke, which is a snack, made of boiled potato. It is fried with chillies, asafoetida, jakhia, zambu and the decorated with coriander leaves. There is another snack in which dal is stuffed in potato rolls, called aloo dal pakora. It can be enjoyed with a good hot cup of tea on the mountain tops.

Some of the restaurants around the city are:

There are lots of means and mediums to entertain oneself in Nainital. Enjoyment materials and attracting points keeps the interest and energy of visitors active and long lasting. One of them is partying with friends, and wine being the important part of it. The atmosphere of the city also compliments the wine consumption in Nainital and nearby hill stations. The consumption of wine is mostly preferred by visitors to make their travel a worthy one and filled with enjoyment. The wine in Nainital is slightly costly as compared to other hills stations of India. There are several authorized wine shops that are located at several important areas of Nainital such as Mallital, Tallital, Bhimtal, etc. 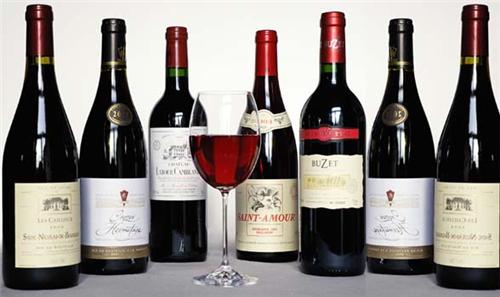