Nainital is blessed with some popular dams that preserve the beauty of the city along with maintaining the ecological balance. Dams near Nainital are the home for several water species and provide the required quantity of the water to the farmers and the city for irrigation and drinking. They retain the water of Nainital area, as it is required due to the hilly areas of the city and nearby locations that flows water directly from uphills to the plain areas. It provides a check on the wastage of water. The Nainital Dams provide control of the rain water and flow of the same can be diverted to the specific land and purpose. Therefore, dams near Nainital are among the life promoters of this area. 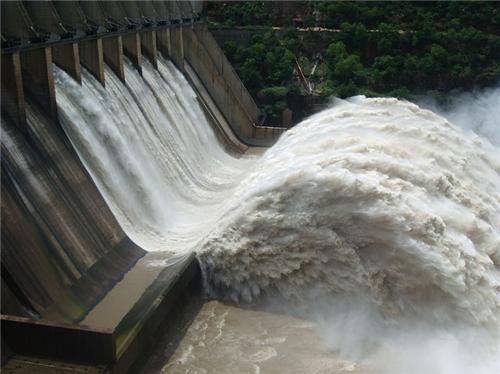 Kalagarh Dam is one of the most popular dam nearest to the Nainital hill station and in the territory of the popular Jim Corbett National Park. It is about 3 km away from the Pauri Garhwal district. It is constructed on the banks of river Ramganga, therefore it is also known as the Ramganga Dam. It is the main source of power supply in the Nainital district and the city. The construction of the dam was initiated in 1961 and the construction worked was completed in 1974 and started operating. It generates approx 198 MW power for the nearby areas and also forms the major source of supplying the irrigation water to the farms in Uttarakhand. The agricultural land that depends on the water of this Kalagarh dam is about 57,500 hectares. Thus, it keeps the land suitable for farming and growing the basic food materials for the local population.

The physical design of the dam is 128 meters tall and 715 meters long. The total capacity of the dam is 10,000,000 M3. The dam has five gates to supply the required water to the nearby areas. The turbines are located at the foot of the dam and has 3 turbines and each generates about 66 MW hydro-electricity.

Apart from the above importance of the dam, it is the home for rare aqua and avian species and is the best attracting place that facilitates the events of bird watching for the tourists. It is also the best place that is opted for the photography because of its natural and scenic attraction. It creates a best scenic and amidst surrounding in the regions near Jim Corbett National Park that is best preferred by the tourists and newly married couples to click memorable photos.

Tehri Dam is among the highest dam of India which is located near the hill station of Nainital. It is the tallest dam in world that serves the multipurpose objects of the nearby localities. This famous Tehri Dam is located on the bank of River Bhagirathi near Tehri. The complete construction of the dam was completed in 2006. The initial construction of Tehri dam started in 1961 and was completed in 1972, but was able to provide only 600 MV power. Further, in the expansion of the dam the technical assistance was provided by the USSR.

As per the physical construction of the dam is concerned, it is 260.5 meters high and 575 meters in length. The width of the dam is 20 meter and base is about 1,128 meters. The capacity of the dam is 2.6 cubic kilometers and the surface area of the Tehri Dam is 52 square kilometers.