At about 9 km from Nainital in the foothills of Himalayas, is a very different tourist attraction. Here the people interested in science and technology or people who just like watching the stars gather to have a view of sky. 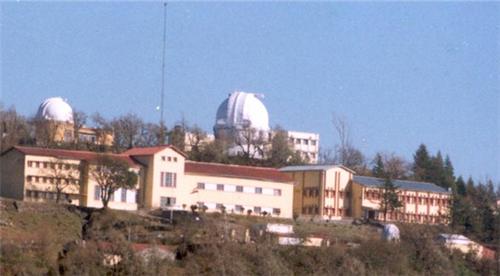 Aryabhatta Research Institute of Observational Sciences or ARIES is situated at very quiet and beautiful hills with interesting trails through Himalayan forests providing great view of Himalayas. Originally, the observatory was established in Varanasi on April 20, 1954 under the guidance of Dr. A. N. Singh as UPSO or Uttar Pradesh State Observatory. Due to the haze and dust in plains, it was moved to Nainital in 1955 and then to current location in 1961. It is now situated at Manora peak at a height of 1951 m and a few km southwards to the Nainital town. After the initiation of Uttarakhand in 2000, the UPSO came under the control of government of Uttarakhand and was renamed as State Observatory. ARIES was the new name given to it when it became an autonomous body under the Indian government’s Department of Science and Technology (DST) on 22nd March 2004. The campus hosts large variety of flora and fauna of the Himalayan region and there can be occasional sightings of rare species of birds and wildlife.

The main objective of this observatory was to provide observing facilities to carry research in the areas of astrophysics, atmospheric sciences and astronomy. The main areas of interest here are
stellar astronomy, solar astronomy, star clusters, stellar variability, photometric and pulsation studies of nearby galaxies. The optical studies that are carried at ARIES are recognized very well both internationally and nationally.

The ARIES is situated at a longitude of 79 degree east which places it in the middle of 180 degree broad longitude band which has contemporary astronomical facilities in between Canary Islands at 20 degree west and Eastern Australia at 157 degree east. Its location facilitates it the observations that are not possible in Australia or Canary Islands due to broad daylight. ARIES has carved a unique niche in contributing to many areas of Astronomical Research due to its geographical location combined with better astronomical sites. 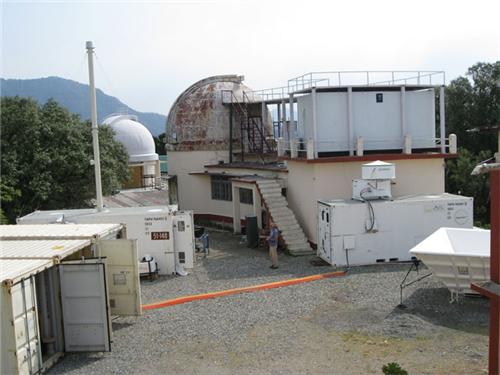 ARIES carried out the first successful attempt to observe optical afterglow arising from Gamma Ray Bursts. It also discovered new ring systems around Neptune, Uranus and Saturn. Also a great number of variable stars, eclipsing binaries, star clusters and supernova and nearby galaxies have been observed from this institute. Recently, on the basis of observations made from ARIES, a direct correlation was established between the degree of polarization and intra-night optical variability of the radio jets in Quasars. The Institute plans to commensurate new observational facilities in the coming years in Himalayan region.

ARIES presently own five optical telescopes of different sizes varying from 15 cm and 38 cm to 52 cm, 56 cm, and 104 cm. These optical telescopes are fitted with modern instruments like cooled CCD camera, filters and spectrophotometer etc. The 104 cm telescope which is christened as the Sampurnanand telescope is the mainstay of the polar metric, photometric and spectrophotometric observations.

ARIES tries to maintain and upgrade continuously its existing facilities, and design and install new equipments to pursue observations in the developing areas of astronomy. For this reason, the Institute plans to install a 1 meter class telescope and a 3 meter optical telescope at Devesthal, where there are dark skies and observing conditions are excellent. It has also planned to set up a 1 m class micro pulse LIDAR. ARIES also contribute in programs like science popularization designed for students and common people.

The astronomical observatory or ARIES is open for the public during all working days on afternoons. However, for night visit and viewing, three to four days during moonlit nights are fixed and for that prior permission is needed. The telescopes at the institute can be used for viewing of night sky
Visitors can also attend the slideshows and view the picture gallery describing celestial bodies. The timings of the show may change according to the season. The detail schedule of the show can be confirmed on the contact numbers of Institute.