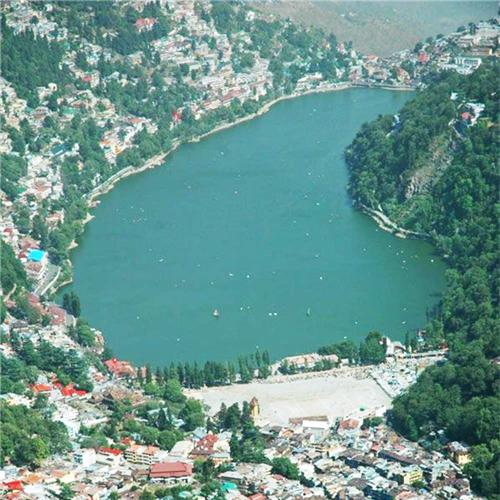 District Magistrate is the head of the Nainital district of Uttarakhand. The job of the DM is to maintain law and order, administer revenue and monitor the development works and other government demands. The District Magistrate is appointed by the state government and also has the additional job of supervision of the jails, hearing cases under the IPC, distribution of loans and crisis management under communal riots. Shri Akshat Gupta, IAS, is the current District Magistrate and was selected in 2014.

The police admiration is headed by the Senior Superintendent of Police and is further broken down among city SP, deputy SP, officers and sub inspectors. There are thirteen police stations dedicated to the people of Nainital located at Mallital, Bhowali, Tallital, Bhimtal, Haldwani, Mukteshwar, Ramnagar, Kaladhungi, Lalkuan, Chorgaliya, Betalghat, Kathgodam, & G.R.P. The revenue Patwaris are appointed for taking care of the law and order in the hilly regions. The fire service stations are located in Haldwani and Nainital.

Tahsildars along with the Naib Tahsildars, Amins & other Tehsil staff are responsible for the work of revenue collection. Land record keeping is also done by Tehsils. It is maintained by Lekhpal/Patwaris at Tehsil. Each Lekhpal has a circle assigned to him, under which come 8 to 10 revenue villages and the revenue of a single village is kept as Khatauni or the records of rights. There are more than a thousand revenue villages in the district. The office of the District Magistrate supervises the work being done by the tehsils and their subordinates.

The government of Nainital is very much dependent on the resource-rich forest of the district for its economy. A regular exporter of turpentine extract, timber wood and various types of herbs has made it necessary for the district to take proper care of the forest, which is the job of the forest administration, The department consists of DFOs, Conservator, Foresters, Rangers, etc. There are 400 van panchayat organised throughout the district.

The district courts are established by the state government by the consultation of the High Court. A three tier system is followed by the district court. They are meant to serve justice to the people and are under the supervision of the high court of Uttarakhand.

In 2000, the Uttarakhand state was separated form Uttar Pradesh and at the same time, the High Court of Uttarakhand was established in Nainital. The building also known as the Old Secretariat acts as the High Court in Mallital. Constructed in 1900 the building houses a landscaped garden in front of it and the Naina Peak lies in the background. In the year 2007 a chamber was built for the Chief Justice Court and another for the block of lawyers.