Nainital, also known as the Lake District of India, is a hill station in the Indian state of Uttarakhand. Located at a height of 1938 mts above sea level, it is far away from the hustle and bustle of the cities; this city gives you the much needed break you have always yearned for. It is said to be the most shining diamond in the Himalayan jewel and is surrounded with splendid lakes and scenic natural beauty. But don’t presume it for a quiet place really; this place is filled with adventurous sports such as yachting, kayaking, canoeing and boating. It is India’s most favoured place for a honeymoon getaway for its glittering white snow and scenic beauty. 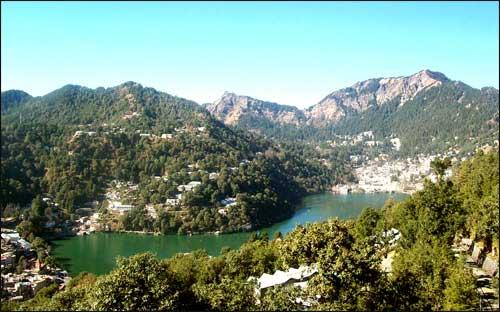 Nainital derives its name from the Naini Lake; Nain signifying eyes of Sati. Hindu considers Nainital a religious place, with the legend of Lord Shiva’s tandav making it all the more famous. It is said that when Lord Shiva was carrying the burnt body of goddess Parvati, some parts of her body fell in 64 places, called as Shakthi peeks, one of them being Nainital.

Nainital is often the most preferred location for family trips, honeymoon and college trips because of its simple versatility. It is filled with romantic spots such as the Naini lake and snow view point. Children can enjoy themselves at the highly admired Nainital Zoo. And the adventure-hungry people can burn off some fat at the many sports such as yachting, canoeing, boating, etc.

A Brief History of Nainital

Nainital has always been accounted for the myths and legends of Hindu scripture. The Manas Khand from the Skand Purans calls Nainital as the Tri-Rishi-Sarovar. Legend has it that there was no water in Nainital, so three rishis decided to dig up a large hole and fill it with the holy water of Lake Manasarovar from Tibet. Even today, a dip in Naini Lake is considered to be very auspicious.
Founded in the early 1840s by a European businessman P. Barron, the city was always filled with the English people, who were then ruling India. Indians were confined to work as labours and for other services. Even after the landslip of 1880, which killed 150 people, this trend continued until one day in 1925 when the British civilians were rewarded with subsidies to go to England for their vacation. By 1947, the year of Independence, the British population was almost zero and the city was filled with Indians.

Click Here to Know More on History of Nainital

Lying in the outer Himalayan range, Nainital is at a distance of 310 km from Delhi and 408 kms from Agra. The town has been divided by the Naini Lake, on the north is Mallital and to the south of the lake is Tallital.

It has a population of 40,000 with most of them belonging to the native Kumaoni community. It has a mean literacy rate of 91% which is among the highest in all Indian cities.

Nainital is never hot, which makes it an ideal location for summer trips. During the summers, the maximum temperature goes only up to 27 deg Celsius which causes a major influx of tourists from all over the world. In the winters the temperature lies between 15 deg Celsius and -3 deg Celsius.

Tourism is the major source of income for both the government and the people of Nainital. Filled with so many romantic spots, you should not be shocked to see honeymoon couples, especially in the winters. Naini Lake is enjoyed by everyone with some people opting to fish while the elderly take a walk along the 2 km circumference of this beautiful lake. It has many temples for the Hindu to worship and many sports for the young to enjoy. Click Here for More on Tourism in Nainital 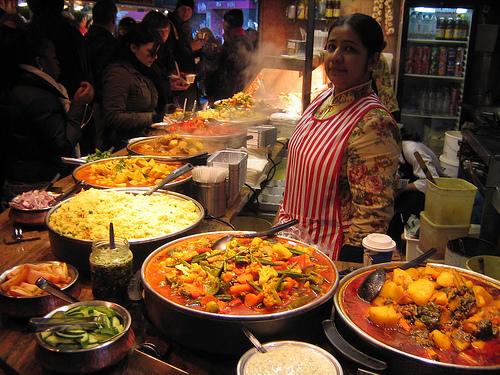 India is famous for its spicy food and the changing food options at every hundred miles. Depending on the climate and topography, the choice of meal also varies among the Indian states. Some of the local dishes include raas, a curry prepared with a combination of various dals and eaten with rice during winter season. Bhatt ki Churkani, is a regular food for the festivals among the Kumaon people and acts as a side dish. If you would like to divulge into some Bhang, you must try Baadi which is a combination of moong, chana and arhar. For desserts one must eat Baal Mithai, it is a chocolate fudge made up of khoya and garnished with sugar balls. Following are some famous restaurants of
Nainital.

Click Here to Read More about Food in Nainital

The closest train station is Kathgodam and is at a distance of 35 kms. A taxi will charge you 300 INR for the town. Buses are also available which will cost you only 40 INR. There are regular buses from Delhi, starting from Anand Vihar. It is only an 8-hour-journey. The Pant Nagar Airport is only 2 hours from the town but it has very limited flights.